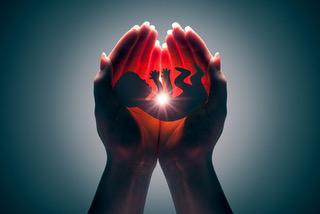 Front Royal, Virginia — On March 4, 2020, as he was standing in front of the U. S. Supreme Court, Senator Charles Schumer (D-NY), Minority Leader of the U. S. Senate, made reckless and dangerous threats against the two most junior justices on the court, Neal Gorsuch and Brent Kavanaugh. On that day, the Supreme Court was hearing oral argument in the case of June Medical Services v. Russo, an important case about abortion chambers.*

June Medical Services v. Russo challenges a law that requires abortion chambers to be located within thirty miles of a hospital at which the abortionist has admitting privileges.

The abortion industry falsely claims that emergencies in abortions are very rare. This case challenges a Louisiana law that requires abortion chambers be located within thirty miles of a hospital at which the abortionist has admitting privileges. Louisiana argues that this is necessary to protect either the mother or the baby if something goes wrong and hospital emergency care is needed, or if care by a duly admitted doctor is required. Before a doctor is granted hospital admitting privileges, he must demonstrate high ethics and skill in his specialty. Thus most abortionists do not have hospital admitting privileges. The law in question also requires that abortionists be board-certified in obstetrics and gynecology or family medicine.

What Schumer said was “I want to tell you Gorsuch; I want to tell you Kavanaugh: you have released the whirlwind, and you will pay the price. You will not know what hit you, if you go forward with these awful decisions.”

Schumer was apparently making a clumsy and uninformed allusion to Hosea 8:7, “For they shall sow wind and reap a whirlwind.”

Schumer said: “I want to tell you Gorsuch; I want to tell you Kavanaugh: you have released the whirlwind, and you will pay the price. You will not know what hit you, if you go forward with these awful decisions.”

The abortion lobby has argued vigorously that providing medical care for babies who survive abortions violates the Constitutional rights of the mother. This argument used to be called “a sort of thirty-day return policy” by American historian and columnist, Nat Hentoff. The lobby also argues that requiring nearby emergency medical treatment for mothers injured in abortions imposes an unconstitutional “burden” on mothers who want to rid themselves of their unborn children.

The malice or stupidity of Schumer immediately struck a wide audience. The Chief Justice immediately defended his two junior colleagues and called Schumer’s statement dangerous. Indeed a possible argument can be made that Schumer’s conduct was a threat to assault a federal judge punishable under Title 18 of U.S. Code 115 although it probably would never be prosecuted under that law.

The truth is that once the guilt of an abortionist is proven beyond a reasonable doubt, realistic criminal penalties must be imposed on the abortionist.

The next day Schumer and his right-hand man took the floor of the Senate to state his defense. First he argued that he should have chosen better words but that in any case the words did not mean what they said, and the Republicans were wrong to understand his words according to their actual meaning, and that everybody knew that he never threatened anybody.

He further argued that the Republicans could not criticize him because they had failed to confirm an Obama nominee to the Supreme Court. Apparently, Schumer has never heard of Robert Bork, Clement Haynsworth, and Harrold Carswell.

Schumer also argued that this is all part of a vast plot by the President and the Republican Senators to destroy the rights of women.

Recent history shows us that once you began to allow some abortions, you wind up protecting abortionists from any duty to protect the life and health of both mother and child.

June Medical Services v. Russo was originally won by the abortion lobby, but reversed by the United States Court of Appeals. The Supreme Court granted review and could hold that the requirements do not “unduly burden” the right of the mother to an abortion, which would require distinguishing or overturning an old Supreme Court case from Texas. It could find the burden unconstitutional or it could find that June Medical Services did not have enough interest in the case to sue. If so, the law would go into effect in Louisiana. The Court, of course, could put together a majority made up of justices who found the law Constitutional and judges who found that June Medical Services lacked standing to sue in this case.

This is all part of a bigger picture. The abortion lobby swallows up everybody who cooperates with it. Far too many have started by arguing that abortion should be legal whenever it can be argued that it is necessary to save the mother’s life. This quickly expands to cover cases of the mother’s health, rape and incest. The abortion lobby is never satisfied with this. Maybe it only wants to add deformed babies at first. Gradually, though, it wants to add babies conceived within a certain number of months, perhaps three, perhaps six; and finally it wants to legalize killing newborn babies.

The power of the abortionists can only be curbed by a return to recognizing the right to life of everyone from the moment of conception.

Nobody can simply be for morning-after contraception or procedures to prevent the imminent death of the mother. Worse, nobody is allowed to stop at supporting abortion in the first six months. Once they get on board with the abortion lobby they gradually get sold on killing newly-born babies or, at least, denying them medical care and nutrition. After all, you might be denying a woman control of her own body if you add to the cost of an abortion the need to provide for saving the life of an abortion survivor.

The truth is that once the guilt of an abortionist is proven beyond a reasonable doubt (not including procedures which are apparently completely indirect consequences of life saving ones; and also not including non-abortion emergency post-rape contraceptive procedures), realistic criminal penalties must be imposed on the abortionist. Recent history shows us that once you began to allow some abortions, you wind up protecting abortionists from any duty to protect the life and health of both mother and child.

Unfortunately, Schumer’s belief in a Constitutional right to abortion free of reasonable safety precautions is widespread. The power of the abortionists can only be curbed by a return to recognizing the right to life of everyone from the moment of conception.

Copyright @ 2022 by the Fitzgerald Griffin Foundation. All rights reserved. This article may be reprinted if credit is given to Charles G. Mills and fgfBooks.com.

The original of John Trumbull’s painting, “Declaration of Independence,” hangs in the United States Capitol rotunda. The true-to-life oil painting, which is pictured on the back of the $2 bill, measures 12 by18 feet. Trumbull wished to include all 56 signers but painted just 42 as he was unable to find a likeness for 14 of them.