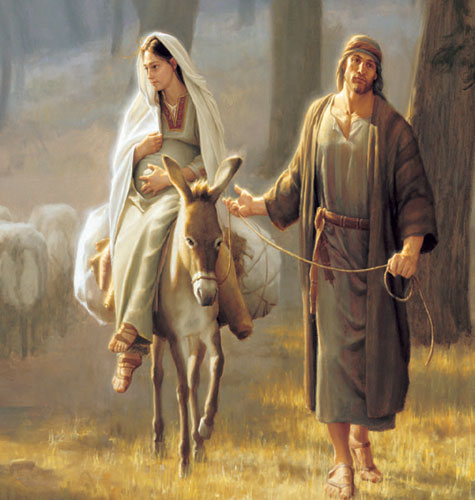 Griffin Internet Syndicate, 12/23/2004 — As always in our time, Christmas is provoking dissent from people who don’t want Christian symbols on public property or Christmas carols sung in public schools.

Many Christians find this annoying and churlish. Some even feel that Christianity is being persecuted.

The Western world, including many of those who consider themselves Christians, has turned Christmas into a bland holiday of mere niceness.

The columnist Michelle Malkin writes, “We are under attack by Secularist Grinches Gone Wild.” Pat Buchanan goes so far as to speak of “hate crimes” against Christians.

I disagree. In some parts of the world, from Sudan to China, Christians really are being persecuted, even murdered. But what is going on in America’s symbolic opposition to Christianity is something different.

Sometimes I think the anti-Christian forces take Christ more seriously than most nominal Christians do. The Western world, including many of those who consider themselves Christians, has turned Christmas into a bland holiday of mere niceness. If you don’t get into the spirit, you’re likely to be called a Scrooge.

The natural reaction to Christ is to reject him. He said so. In fact, when he was taken to the Temple as an infant, St. Simeon prophesied that he would be a center of contention. Later he predicted his own death and told his followers they must expect persecution too.

To many, He was a threat. He still is. We honor him more by acknowledging his explosive presence than by making him a mere symbol of nice manners.

His bitterest enemies weren’t atheists; they were the most religious men of his age, the Pharisees, who considered his claims blasphemous — as, by their lights, they were.

Nice? That’s hardly the word for Jesus. He performed miracles of love and mercy, but he also warned of eternal damnation, attacked and insulted the Pharisees, and could rebuke even people who adored him in words that can only make us cringe.

To many, he was a threat. He still is. We honor him more by acknowledging his explosive presence than by making him a mere symbol of nice manners. At every step of his ministry, he made enemies and brought his crucifixion closer. People weren’t crucified for being nice.

Christ’s teachings are inseparable from his miracles; in fact, his teachings themselves are miraculous.
His claims still reverberate.

Some people think you can take Christ’s “teachings” and ignore his miracles as if they were fables. But this is to confuse the Sermon on the Mount with the Democratic Party platform. Chief among his teachings was his claim to be God’s son: “I and the Father are one.” “Nobody comes to the Father except through me.”

His teachings are inseparable from his miracles; in fact, his teachings themselves are miraculous. Nobody had ever made such claims before, enraging pious Pharisees and baffling his pious disciples at the same time. After feeding thousands with the miraculous loaves and fishes, he announced that he himself was “the bread of life.” Unless you ate his flesh and drank his blood, he warned, you have no life in you.

Chief among his teachings was his claim to be God’s son: “I and the Father are one.” “Nobody comes to the Father except through me.”

This amazing teaching was too much. It cost him many of his disciples on the spot. He didn’t try to coax them back by explaining that he was only speaking figuratively, because he wasn’t. He was foretelling the Last Supper.

At virtually every step of his ministry, Christ accompanied his words with miracles. And the remarkable thing is that his enemies disputed the words rather than the miracles. Of the wonders he performed, there was no doubt; they attracted, and were witnessed by, large crowds. It was their meaning that was controversial.

The blind saw, the deaf heard, cripples walked, lepers were healed. Where did he get the power to do these things? From God or the devil? He used them to certify his power to forgive sins, the claim his critics — enemies, rather — first found outrageous.

Christians shouldn’t resent the natural resistance of those who refuse to celebrate his birth. In their way, those people are his witnesses too.

His claims still reverberate. The Gospels attest the total coherence of his mission, the perfect harmony between his words and his deeds, even the careful order of his progressive self-disclosure. His modern enemies, many of them professed Christians, don’t try to disprove the miracles; they simply assume he never performed them. And now some of them assume he never spoke many of the words the Gospels record him as saying.

This skeptical attack floors me. The poet Tennyson remarked that Christ’s greatest miracle was his personality. Could anyone else — the four simple authors of the Gospels, for example — have made him up, and put such resonant words in his mouth? “Heaven and earth will pass away, but my words will not pass away.” That’s another claim that seems to be holding up pretty well.

Such a strong, indeed unique, personality could only meet strong — and unique — resistance. This is why Christians shouldn’t resent the natural resistance of those who refuse to celebrate his birth. In their way, those people are his witnesses too.

Copyright @ 2021 Fitzgerald Griffin Foundation . All rights reserved. This article is one of 117 essays in the anthology of Sobran's columns titled Subtracting Christianity: Essays on American Culture and Society (FGF Books, 2015). This essay was published originally by Griffin Internet Syndicate on December 23, 2004.

Or send a check to:

Joe Sobran (1946-2010) was an author, political commentator, and syndicated columnist for over 35 years.
Sign-Up to receive weekly columns by Sobran and other writers.