FGF Books is pleased to offer commentary by guest columnists on occasion. We are grateful to these distinguished writers for making their articles available to us. 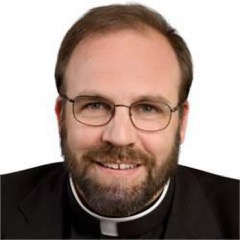 Monsignor Charles Pope, a Catholic priest of the Archdiocese of Washington, D.C., is the pastor of Holy Comforter – St. Cyprian Catholic Church in the nation’s capital. Known widely as an outstanding preacher and incisive writer, he is currently conducting a weekly Bible Study in the White House. Msgr. Pope writes a daily blog at the Archdiocese of Washington website. His blog posts and columns are published regularly in The Catholic Standard, Our Sunday Visitor, and the National Catholic Register. Over the years, he has preached at many retreats for priests and the lay faithful; and has also conducted weekly Bible studies in the U.S. Congress.

He is the author of two books, Catholic and Curious: Your Questions Answered (Our Sunday Visitor Press, 2018) and The Ten Commandments (Tan Books, 2014). His new book, 501 Questions and Answers on the Catholic Faith will be released soon by Our Sunday Visitor.

A native of Chicago, Charles Pope and his family moved to the Washington D.C. area in 1972 where he attended public schools and graduated from Garfield Senior High School in Woodbridge, Virginia. He received a B.S. from George Mason University in computer science and worked briefly with the Army Corp of Engineers as a Computer Systems Analyst. While working as a church musician, he discovered a vocation to serve the church as a Catholic priest. He entered Mount St. Mary’s seminary in Emmitsburg, Maryland, where he received a Master of Divinity and an M.A. in Moral Theology. He was ordained to the priesthood on June 24, 1989 in Washington, D.C. by James Cardinal Hickey.

Msgr. Pope immensely enjoys his work as a diocesan priest, a media priest, and a parish pastor. 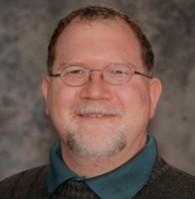 Jason Jewell is the chairman of the Department of Humanities at Faulkner University in Montgomery, Alabama. Dr. Jewell coordinates the Western Cultural Heritage course sequence at Faulkner as well as teaching European history and Great Books courses. He is an associated scholar at the Ludwig von Mises Institute in Auburn, Alabama. His research interests include religion and politics in early modern Britain, the Christian philosophy of history, and the intersection of Christianity and culture.

Yvonne Lorenzo makes her home in New England in a house full to bursting with books, including works on classical Greece and by Mises, Tom Woods, Joseph Sobran, and Lew Rockwell. Her interests include mythology, ancient history, plasma cosmology and classical music, especially the compositions of Handel, Mozart, Bach, and the Bel Canto repertoire. She is the author Son of Thunder and The Cloak of Freya.

Reverend Peter M.J. Stravinskas is the editor of The Catholic Response, and the author of over 500 articles for numerous Catholic publications, as well as many books, including The Commandments: Reflections on the Law of God; Priestly Celibacy: Its Scriptural, Historical, Spiritual, and Psychological Roots; Catholic Dictionary and Constitutional Rights and Religious Prejudice, Catholic Education as the Battleground.

Robert Royal is editor-in-chief of The Catholic Thing, and president of the Faith & Reason Institute in Washington, D.C. His most recent book is A Deeper Vision: The Catholic Intellectual Tradition in the Twentieth Century, published by Ignatius Press. The God That Did Not Fail: How Religion Built and Sustains the West, is now available in paperback from Encounter Books.

Fr. C. John McCloskey III is a priest of the Prelature of Opus Dei. He is an author, writer, and a Research Fellow of the Faith and Reason Institute of Washington, D.C. One of his latest books is Good News, Bad News: Evangelization, Conversion and the Crisis of Faith (Ignatius Press, 2011). You may email him at frcjm@icloud.com.

Michael Cook has worked as a book editor and magazine editor and has published articles in magazines and newspapers in the US, the UK and Australia. Currently he is the editor of BioEdge, a newsletter about bioethics, and MercatorNet.

• May 29, 2019 – Monsignor Charles Pope: Sobran examines hatred of Christ: Disbelievers can be His best witnesses