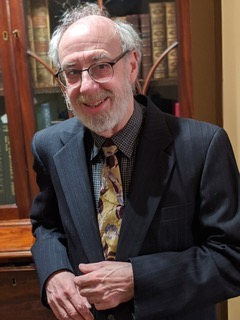 His political and social commentary has appeared in Our Canada, The Idler, The Interim, Catholic Insight, and The Epoch Times, and his fortnightly “Essays in Reaction to the Smelly Little Orthodoxies of the Day,” and “Essays on The Perennial Things,” may be read on his website, Priceton.org.

He is a member of Campaign Life Coalition, Civitas, and The National Association of Scholars. When he is not writing or teaching, he communes with the past by collecting, restoring, and building reproductions of Georgian and Federal furniture in his basement workshop, using eighteenth-century woodworking tools.

FGF Books will be publishing an anthology of Harley Price’s articles, Give Speech A Chance: Heretical Essays on What You Can’t Say or Even Think.

• April 3, 2020 Psychic Pandemic: A Contrarian View of the Coronavirus Response